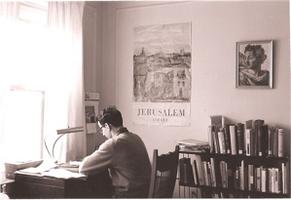 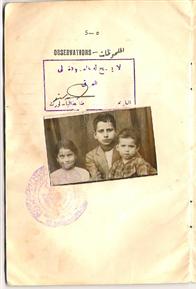 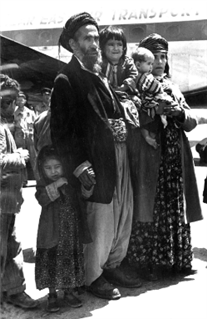 for Veritas, My Father's Paradise, Heart of the City, and The Outsider
​

Since 2008, the Jewish communities of Baltimore, Denver, Long Island (NY), Northern New Jersey, Philadelphia, Portland (OR), and The Twin Cities (MN) have chosen My Father's Paradise as their "One Book" community read, using the book as a springboard for wide-ranging events and year-long discussions of culture, history and identity. If you've selected My Father's Paradise for your book club, here are some resources that may help spark a lively discussion:

DISCUSSION QUESTIONS: At the back of the paperback edition is a lengthy Q & A with the author and several pages of discussion questions. For clubs using the hardcover, Philadelphia's One Book, One Jewish Community has produced an exceptional readers' guide, complete with questions for discussion. Download the discussion guide (PDF) here.

SABAR FAMILY TREE: Unraveling the ties among the main characters in My Father's Paradise can at times be tricky. On the Same Page Long Island has put together a helpful one-page family tree (PDF) here.

​FIND ZAKHO ON THE MAP

​HEAR THE AUTHOR: Ariel has talked about My Father's Paradise, Aramaic and the Kurdish Jews on NPR and other radio stations. To hear Ariel (and sometimes his father, too), click below:

Ariel and his father, Yona, on NPR's The Diane Rehm Show (one hour)

Ariel and his father on Southern California's KPCC (18 minutes)

[Click "Listen to Episode" and advance sliding dot to 87:30]

Ariel on NPR's All Things Considered, discussing his February 2013

Smithsonian Magazine article on the scholarly hunt for the last

speakers of Aramaic, the language of Jesus and of the Jewish

WATCH THE AUTHOR: You can stream video by clicking below.

Recent Photos from Diarna, the Geo-Museum of Middle-Eastern Jewish Life

A short documentary about Israeli Kurds, by Rivka Stein

READ ABOUT THE AUTHOR

Algonquin Books Conversation with the Author

​CONSIDERING MY FATHER'S PARADISE FOR YOUR CLUB?

Download and pass around the Introduction and First Chapter (pdf)

HEART OF THE CITY

Listen to Ariel on NPR's Tell Me More (6 minutes)

See the photos Ariel's mother took in Washington Square Park the day        she met his father.

Read a front-page Kansas City Star feature story inspired by The Outsider, then watch a short accompanying YouTube video with scenes from around Oskaloosa today. 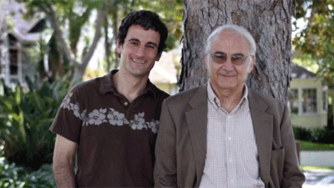