ORDER FROM YOUR FAVORITE BOOKSELLERS

​​​​​VERITAS
A Harvard Professor, a Con Man and the Gospel of Jesus's Wife

-- Check out a special in-depth Guide to the Evidence of Forgery—with sources and citations. (Warning: If you have not read Veritas, this guide contains numerous spoilers. It's for readers who want to go deeper.)​

-- Request the Doubleday Crash Course for Veritas, complete with a glossary of key terms, photo and translation of the papyrus, character map, and discussion questions. Great for book clubs.

-- Read the CNN interview with Ariel

​​​Read the award-winning investigative story in The Atlantic that inspired the book.

​"Karen King Responds to 'The Unbelievable Tale of Jesus's Wife'" 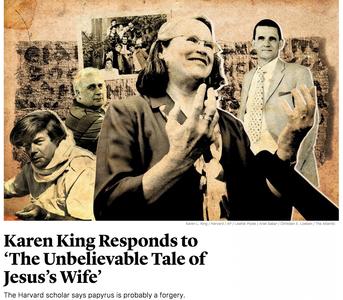 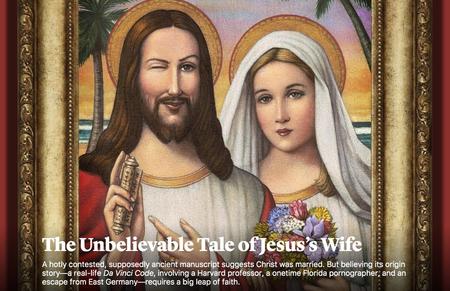 ​"Mesmerizing....[Sabar] has our attention, and slowly, remorselessly, he pays out the rest of his devilish yarn...Savor the denouement—and don't leave at intermission."
—WALL STREET JOURNAL​

"The Unbelievable Tale of Jesus's Wife," The Atlantic, ​July/August 2016 issue.

"A wonderfully absorbing example of truth being stranger than fiction."
—TAMPA BAY TIMES